Skip to Search Skip to Navigation Skip to Main Content Skip to Footer
Item request has been placed! ×
Item request cannot be made. × 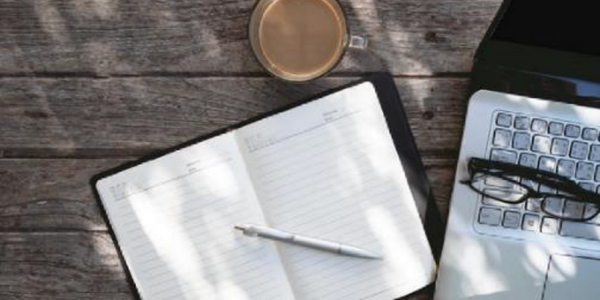 September Writing Workshop: Tone in E-mail / How to E-mail your Professors 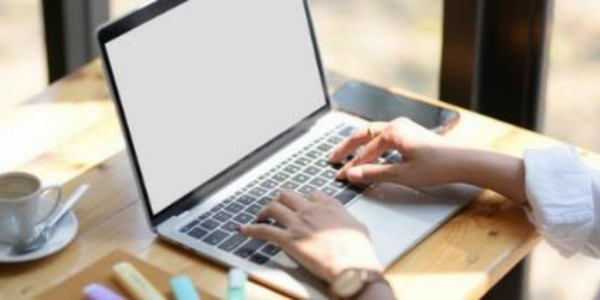 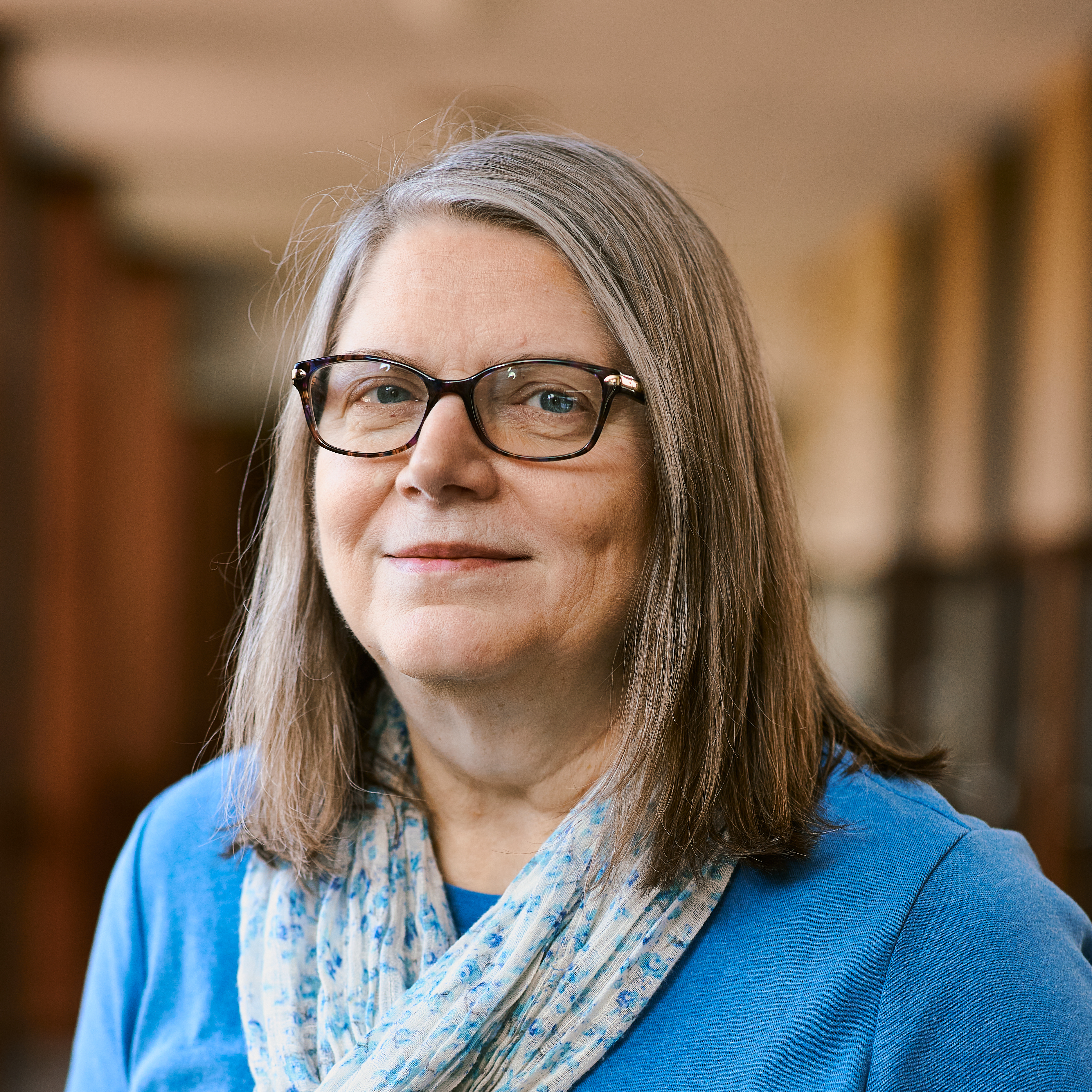 After 25 years of service to the Seminary and Library, Mrs. Judy Howie will be retiring in June.

Judy Howie is a native of Monroe, Louisiana. She met her husband, David, while at Northeast Louisiana State University where she earned her BA degree in Elementary Education. After graduation, she taught the visually impaired for all students of the Baton Rouge Parish in Louisiana. She was also the Resource teacher for Rayville Junior High School in Rayville, Louisiana, and for the West Louisiana Parish.

The family moved to Kansas City in 1992 so David could attend Midwestern. He served as a bi-vocational pastor before, during, and after his graduation. Most of this time he served as pastor at Greenton Baptist Church in Odessa, Missouri. Judy sang in the choir and taught women’s Bible studies.

When arriving in Kansas City, Judy first became active in the student wives’ group on the Midwestern campus. She also joined Midwestern Singers at that time and continues to sing with the Voices of Midwestern today. She volunteered in the library which led to a part-time job as a library assistant and then in 1997, a full-time position as Reference Librarian. She earned her Master’s degree in Library and Information Science at the University of Missouri-Columbia in 2003 while working full-time at the library. Seeing a need to better assist Midwestern students, she took two years each of Greek and Hebrew. In her position as Reference Librarian, she helped many students with their research projects and was also responsible for interlibrary loans. As staffing changed in the last ten years, she also served as interim library director in the last half of 2014.

Judy has always believed in the importance of education. She further demonstrated that by earning her Master of Theological Studies degree from Midwestern in 2021. She is retiring this June after twenty-five years of faithful service at Midwestern. She and David are moving back to Louisiana this summer. 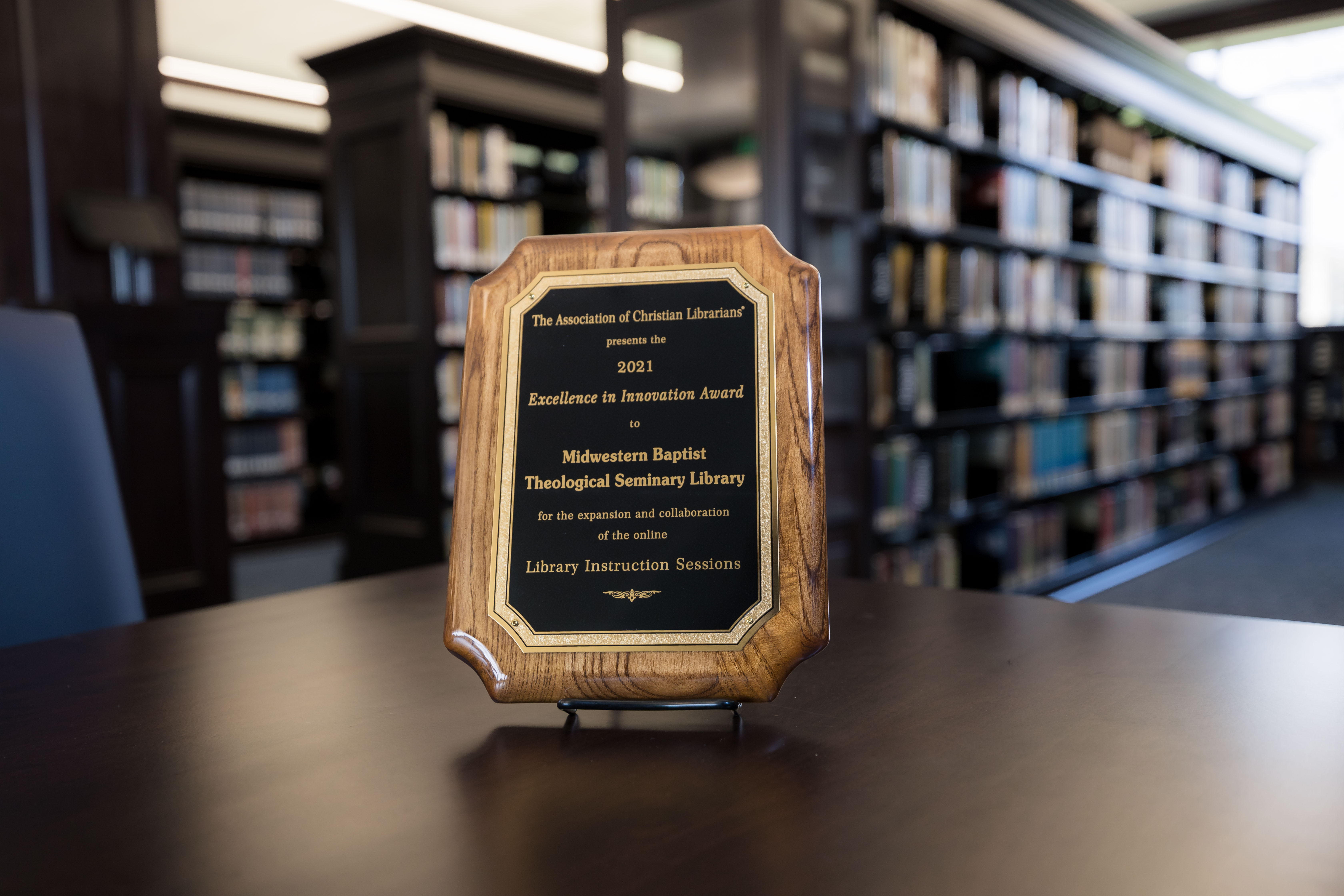 The inaugural 2021 Award for Excellence in Innovation is awarded to Midwestern Baptist Theological Seminary library staff for the creation of an online version of their library instruction sessions previously only available for in-person doctoral students. In a six-month time span, they developed an online course through Canvas LMS for all students (undergraduate, masters, doctoral) and faculty that is self-paced, with small lessons while simultaneously completing a total library renovation. The course also reaches Korean and Spanish-speaking students through translation and subtitles. Collaboration with the Online Studies department was helpful in converting their session into an easy-to-follow course. As a result, no additional time is required for their librarians to offer more in-person sessions and it has exponentially increased the number of students and faculty that can access the library instruction course.  Advantageously, the first course was launched a few weeks before the COVID-19 pandemic caused the shut down of in-person classes.

Closed for Chapel on Tuesday and Wednesday 9:45 AM to 11 AM. Only applies during the academic semester.